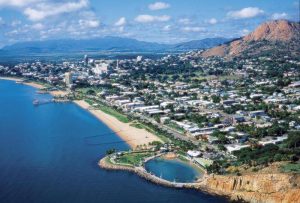 From its early beginnings, Townsville has capitalised on its low level terrain and relatively low tropical rainfall to provide an efficient access route and service center for North Queensland. It provides the northern link for State and Federal Governments, as well as for private enterprise in primary and secondary industries, mining, commerce, retail, and community and cultural services. The City of Townsville is widely regarded as the capital of North Queensland.

Townsville shares its boundaries with the Shires of Burdekin to the south, Dalrymple to the west, and Hinchinbrook to the north.

We are located at the following address:Unit 1, 33 Plume St, South Townsville QLD 4810, Australia
Contact our Townsville branch
Click the image below for more information on the Townsville Region.